Have you been collecting the eggs with us? We’ve already come across Emu, Platypus, Little Penguin and Echidna eggs in Australia – what extraordinary creatures they are! Now we’ve jumped across the Tasman Sea to New Zealand and found the dinosaur-like egg of the Tuatara lizard! 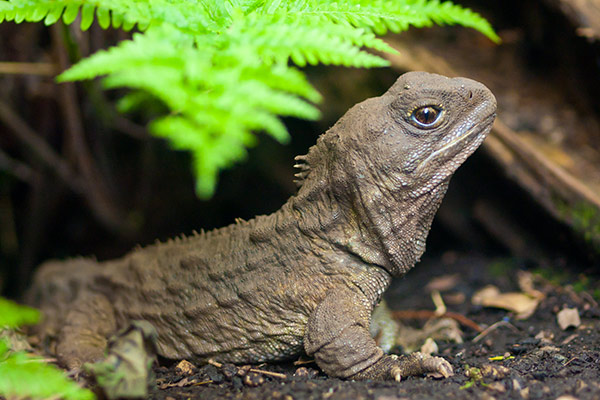 The Tuatara lizard is a rare, medium-sized reptile that is only found in New Zealand. The Tuatara is the only surviving order of reptiles that thrived during the age of the dinosaurs, making them recognised as a species in need of active conservation management – they’re even often referred to as “living fossils”!

Both male and female Tuataras have a crest of spiky scales down the centre of their back and tail. The name “Tuatara” is a native Maori word meaning “Peaks on back”. The Tuatara has no external ears; they enjoy the cool weather and are nocturnal as that is when their food is mostly available.

Tuataras mature slowly and they don’t stop growing until they reach about 30 years old. It is thought that the Tuatara can live up to 100 years in the wild. This is due to their slow metabolism as they can tolerate lower temperatures and they hibernate during the winter. 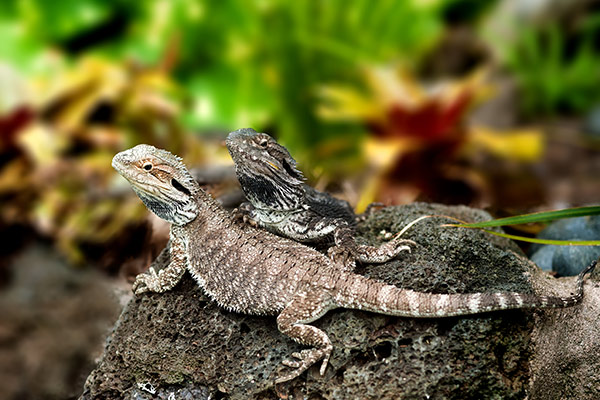 The male Tuatara can reproduce every year however females generally breed every 2 to 5 years. The female will lay 1 – 19 white soft shelled eggs in nesting burrows (similar to other lizard eggs) and these eggs incubate in the covered burrow for 12 to 15 months before hatching. The Tuatara hatchling is on its own as soon as it breaks out from the egg as the mother does not stay to protect the eggs or babies. The hatchling is more active than the adults and they must quickly find food and dig small burrows for protection.

The Tuatara once lived on the mainland of New Zealand but have survived in the wild only on 32 offshore islands. Recent advances in the captive incubation and the raising of Tuatara have allowed the species to be trans-located to a further four islands that they presumably inhabited in the past.

The living dinosaur - the Tuatara can be hard to find in the wild but your best luck of spotting may on Somes Island in Wellington Harbour. Enjoy a free day where you can visit Somes Island on our Spirit of New Zealand Guided Holiday.