Ouch, watch your step! We just found a spiny animal who lays a single egg at a time – what could be inside? It’s a baby Echidna of course! Have you read about the Emu, Platypus, Little Penguin eggs we've already discovered around Australia? 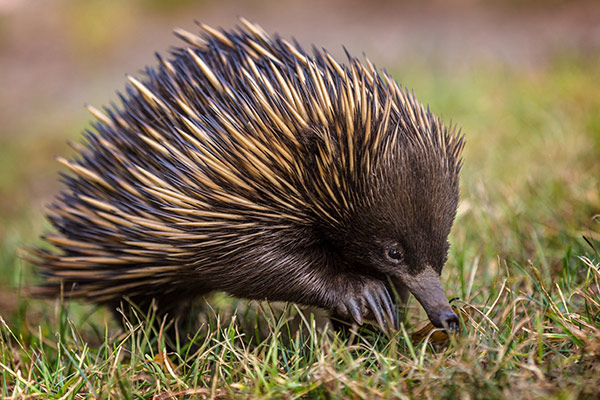 The Echidna is one of oldest surviving mammal on the planet today – not to mention the oldest surviving egg laying mammal. There are 4 subspecies of short-beaked Echidna found in Australia. They can be found all over Australia and are able survive extreme temperatures. The short-beaked Echidna varies in colour depending on their location. In the hotter northern regions, the Echidna is light brown - they become darker with thicker hair further south. In Tasmania, the Echidna is black. The Echidna’s spines cover its head, back and tail. The spines are straw-coloured with black tips; the purpose of these being defence. They can weigh anywhere between 2-7 kilograms.

The breeding season for an Echidna occurs between July and August. As the Echidna is a Monotreme, they produce young from eggs which are hatched outside their body. During the breeding season the female Echidna develops a pouch in which she lays a single egg. This egg takes up to 10 days to hatch. The baby Echidna is carried around in its mother’s pouch for about 3 months, during which the female will sometimes drop it into a burrow for protection. By the time the young Echidna leaves the pouch the spine has started to develop, however it will still stay close to the mother. 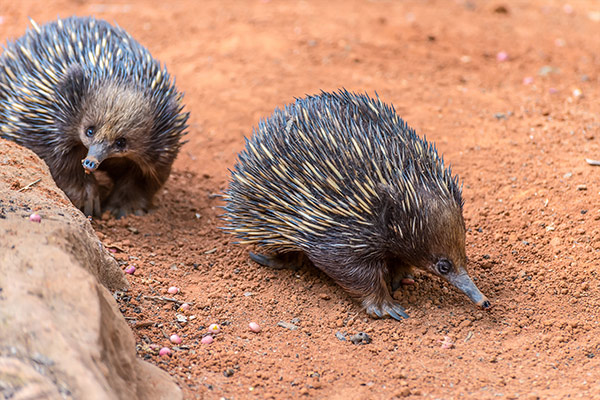 With a strong sense of smell, the Echidna uses its long hairless snout to search for food, detect danger and also locate other Echidnas. Termites are their preferred food. The Echidnas will catch their prey with a long sticky tongue. As they have no teeth it will grind the food between its tongue and the bottom of its mouth.

The Echidna has been known to live as long as 16 years in the wild but generally the life span is thought to be under 10 years.