So far on our Easter Egg Hunt around Australia and New Zealand, we’ve discovered the big and beautiful Emu egg. What a find! Next we’re going to be looking for the deeply buried Platypus egg. 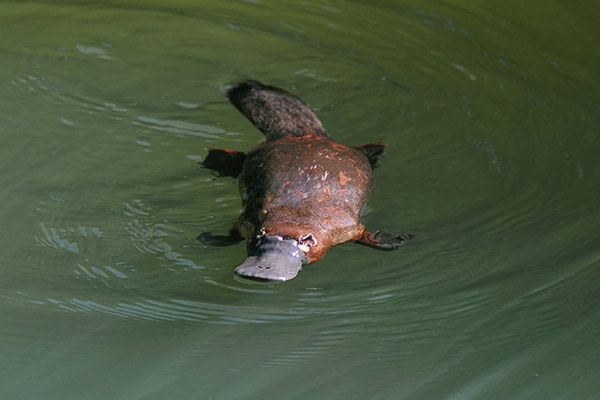 The Platypus is a semi-aquatic, egg-laying mammal which lives strictly along the east coast of Australia. Along with the 4 species of Echidna, it is one of five species of mammals that lay eggs instead of giving birth, making it a Monotreme. When it was first discovered, European scientists thought the animal was a hoax as it is so unlike any other animal that lives today. The Platypus also has its place among fame, as it is the animal emblem of New South Wales.

The Platypus generally lives in a little dugout that sits just above the waterline of their river. During mating season, the female will dig this hole another 20m deeper into the earth, in order to protect the young that are on the way. A female will lay around 1-3 eggs per breeding season and will guard them until they are roughly 4-5 months old. From here, they will then leave the burrow and begin their new life outside of the home. The eggs that these young monotremes hatch from are generally quite small and have a leathery texture. 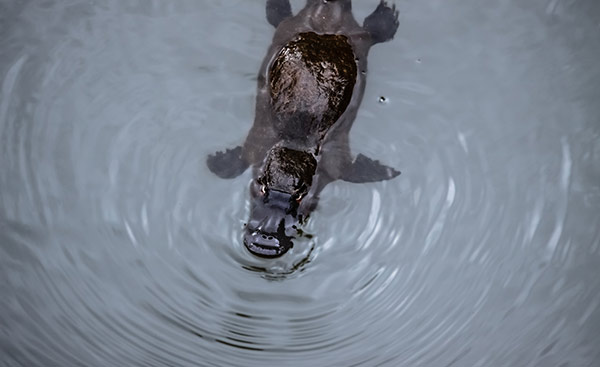 The Platypus has other special features as well. It is able to push water out of its skin and fur until it is dry, meaning it can leave the water to enter its burrow, but can be dry before it gets to its nest. Even though the female and male Platypus both have spurs on their back legs that they use for defence, the male Platypus’s spurs are actually venomous.