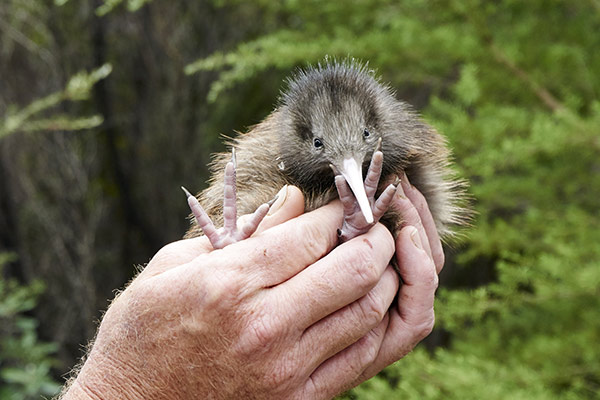 The Kiwi bird is a unique and native bird to New Zealand. There are five different species of Kiwi that all need our help to prevent them from becoming extinct. These include: the Brown Kiwi, Great Spotted Kiwi (Roroa), the Little Spotted Kiwi, Rowi and also Tokoeka. It has unique and unusual characteristics including the inability to fly, loose hair-like feathers, strong legs, no tail and one of the largest eggs in relation to its body in the world.

The Kiwi bird’s egg in proportion to its body size is huge. The female Kiwi will lay an egg bigger than almost any other bird. The Kiwi’s eggs are 6 times bigger than the normal egg for a bird of its size. While laying such a large egg can be painful, it also has its advantages. Most bird eggs are 35-40% yolk, however, the Kiwi’s egg is approximately 65% yolk. This yolk contains all the nutrition necessary so that when the Kiwi chicks hatch, they’re already fully feathered and independent. 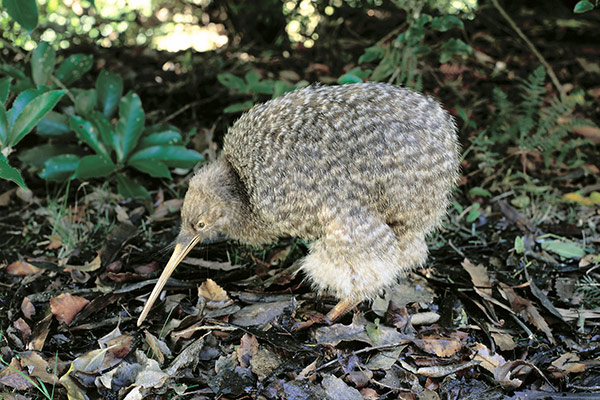 For the Kiwi to produce such a large egg, it must eat 3 times as much as usual. Just before the egg is laid, the female must fast for 2 or 3 days as the egg takes up so much room. Most Kiwis lay one egg with the exception of the Brown Kiwi, which will usually lay two eggs. A female Kiwi can lay up to 100 eggs in her lifetime. The first sign that the chick is ready to hatch is when the egg jiggles slightly. The Kiwi chick then has the exhausting job of kicking and pecking its way out of the egg.

The Kiwi is able to survive in many different environments, from snowy mountains and coastal sand dunes through to forest floors and farmed grasslands. The Kiwis are described as breeding machines; if you were to take away its predators, the Kiwi would successfully be in high population again.