When it comes to Australian cuisine, there are a few things which are known to be quintessentially Aussie, like a meat pie and sauce, a vegemite sandwich, lamingtons or ANZAC bickies. But there’s something which is inherently Australian that’s often left off that list: Australian Bush Tucker.

Bush tucker, or bush food, is any food that’s native to Australia. The Aboriginal people, who have lived in Australia for at least 60,000 years, had a symbiotic relationship with the land and lived off the native flora and fauna for many generations. 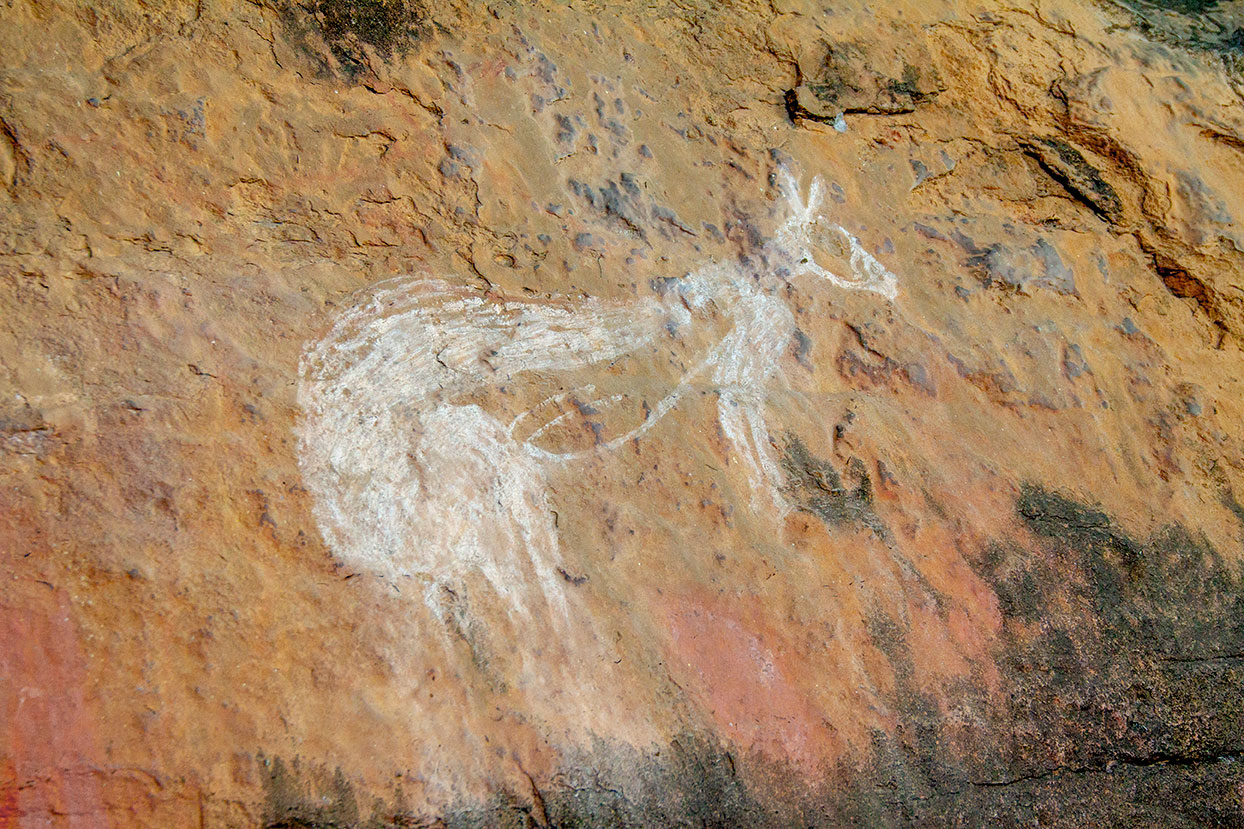 In the past five years, Australia’s leading contemporary chefs have wholly embraced indigenous ingredients and incorporated them into their restaurant menus. It’s part of the global trend to celebrate localism in food and make the most of what you’ve got in your own backyard.

Bush tucker is both super tasty and extremely nutritious – most foods are packed with micronutrients, protein and fibre, and low in sugar. Aboriginal bush tucker falls into five main groups, which we’ll expand on below.

We all know you need your five fruit and veg a day, luckily every region of Australia produces edible native food from plants, jam-packed with nutrients.

Fruit is a staple of indigenous diets. Red fruits like quandongs can be eaten raw or dried, and are often made into chutneys or jams. Plums are also popular, there’s the Davidson plum found on Australia’s east coast and the Kakadu plum which contains 100 times more Vitamin C than an orange.

Other fruits and berries often eaten include native gooseberries, muntries – which are often compared to blueberries because of their small size and high antioxidant levels – lady apples, wild oranges and passionfruit, finger limes and white elderberries.

Similarly to fruits, bush vegetables are bursting with vitamins and minerals, and account for a large portion of indigenous diets. The most common vegetables eaten include sweet potatoes, or kumara, yams, bush potatoes, sea celery and warrigal greens.

There are also a range of Aboriginal bush tucker plants like Wattle, Mistletoe and Honeysuckle that grow in the wild and are edible, though you have to be extremely careful as only certain parts of these plants are safe to eat.

The Aboriginal people have long been known as extremely proficient hunters, who took advantage of the rampant wildlife which surrounded them and learnt to make the most of every animal slain. The two animals which feature on Australia’s coat of arms, the emu and kangaroo, were a favoured choice by the hunters as they were both high in protein and low in fat. The meat was traditionally cooked over an open fire, or by steaming it in a fire pit.

Today, kangaroo is a popular meat option for health-conscious eaters as it’s extremely lean yet has more protein than beef. 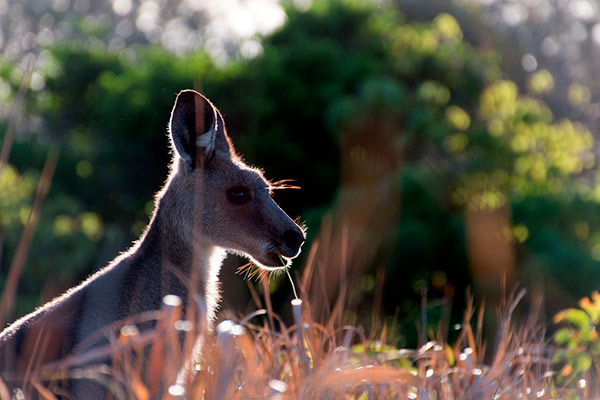 Other land animals which were commonly hunted and eaten, include goannas, snakes, crocodiles, wallabies, turtles, echidnas eels and ducks.

The Aboriginal people also took to fishing in the oceans, rivers and ponds to get their protein fix. Mud crabs, barramundi and other freshwater crustaceans, like marron were easy to catch and made for a delicious meal.

Marron is now considered a luxury ingredient and can be found on the menus of ambitious, high-end restaurants.

The majority of the edible seeds, like mulga seeds and wattle seeds, require soaking, pounding, grinding and baking before they are consumed. This careful ritual ensures that all toxins are removed from the food prior to eating.

Seeds like the cycad palm seeds and seeds from the pigweed plant, can be eaten or turned into breads and cakes.

The bunya nut is similar to a chestnut in both taste and appearance and can be eaten raw, cooked on hot coals or turned into a paste.

Other bush nuts which can be enjoyed include the macadamia nut, the peanut and the Australian cashew.

Recently, there’s been a lot of discussion about bugs and insects being the superfood of the future. Insects are highly nutritional and could help combat obesity as the majority of them are rich in protein, full of healthy fats, iron and calcium, and low in carbohydrates.

The Indigenous Australians were obviously aware of their benefits long before the rest of us and, of course, included them in their well-balanced diets.

Arguably the most celebrated bush tucker bug is the witchetty grub. The nutrient-dense grub is a fantastic source of calcium, thiamine and folate; it’s rich in protein and does wonders for the immune system. The grub has a nutty flavour and can be eaten raw or roasted.

Other insects favoured by the Australian Aboriginals include green ants and their white larvae – which are high in fat content and said to help relieve headaches – river red gum grub, Coolibah tree grub and tar vine caterpillars.

The native bushland of Australia boasts an array of exotic spices, herbs, honeys and nectars. These bush tucker items can be used to add flavour to one of the aforementioned food groups, act as a natural medicine or be added to water to make a healthy drink or herbal tea.

Both lemon ironbark and lemon myrtle, can be used in cooking to add a pleasant fragrant finish or made into an herbal tea and taken to relieve cramps, fevers and headaches.

Similarly, native ginger can be added to meat dishes to increase flavour or infused in water and sipped on to ease an upset tummy.

Other native herbs and spices include mountain pepper, aniseed myrtle, native basil, blue-leaved mallee and tree gums which can be dissolved in water with honey to make sweets or jelly for children.

Honey from the native bees and the nectar from the flowers of bloodwood and corkwood trees are sweet little bush tucker treats that go perfectly on freshly baked bush bread or seedcake.

While bush tucker ingredients might’ve made it to the mainstream, and can be enjoyed at a throng of fancy restaurants, it’s important to remember their heritage and the Indigenous Australians who first discovered them. 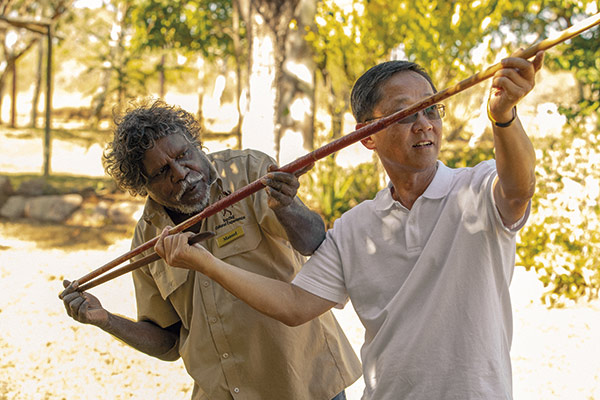