As a Sydneysider, I had always thought Canberra was just too close for a weekend getaway and too far for a day trip  – especially as someone who doesn’t love road trips. But as our nation’s capital, it is also undeniably rich in history and sports some of the country’s most important landmarks so when I had the opportunity to join an AAT Kings day tour for the first time, I knew it was time to pay Canberra a visit.

Our tour started as soon as we were greeted by our friendly driver guide, John. He welcomed everyone on-board and kept us entertained with commentary about the roads we were on and the suburbs we passed through. Not too long after stopping for a break at Heatherbrae’s Pies (“the best pies in ACT and NSW”), we passed the border and made our way to Canberra.

First stop before heading into the city was Mt Ainslie, for panoramic views of Canberra and its landmarks. 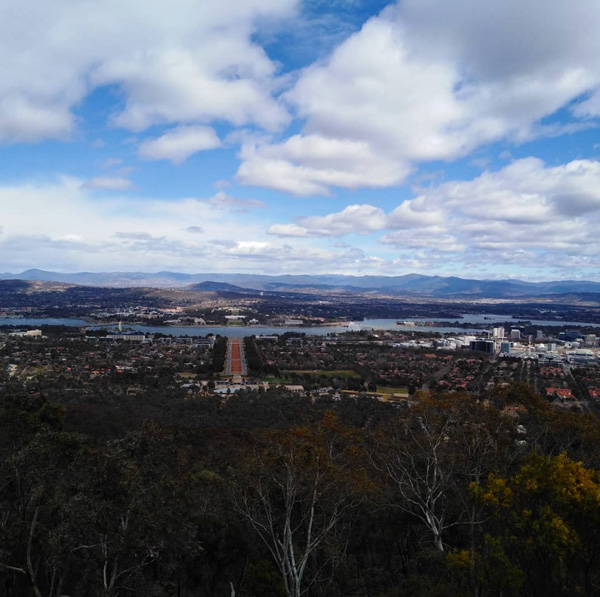 We were soon on our way to the iconic Australian War Memorial, where we were greeted by Barbara, our local tour guide. She guided us through the Memorial and spoke about the exhibitions, as well as Australia’s military history. The highlight of this visit for me was the Roll of Honour that lies at the heart of the building. Over 100,000 soldiers’ names and thousands of bright red poppies cover long hallways of bronze panelling. 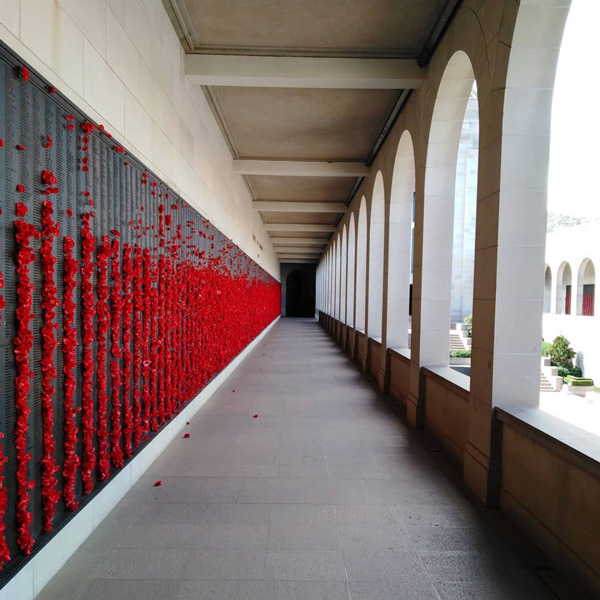 I was also surprised to see so many genuine ANZAC artefacts on display including a large 40 seater boat from the Gallipoli landing that still had bullet holes sprayed along its sides. You can also find real war planes and submarine exhibitions at the War Memorial, which create a surreal experience as you walk through the building.

The National Museum of Australia was next on the itinerary. We walked through exhibitions that told stories about Indigenous cultures, European settlement and Australian life throughout the decades. I was most intrigued by the exhibitions of Australia’s native flora and fauna, including a whole section dedicated to wet specimens of native animals.

Following the museum, it was time for a guided tour of Australia’s Parliament House – which I had been looking forward to all day. Barbara taught us about the architecture, history and functions of Parliament House, and we were lucky enough to sit in on a live parliamentary session as well. 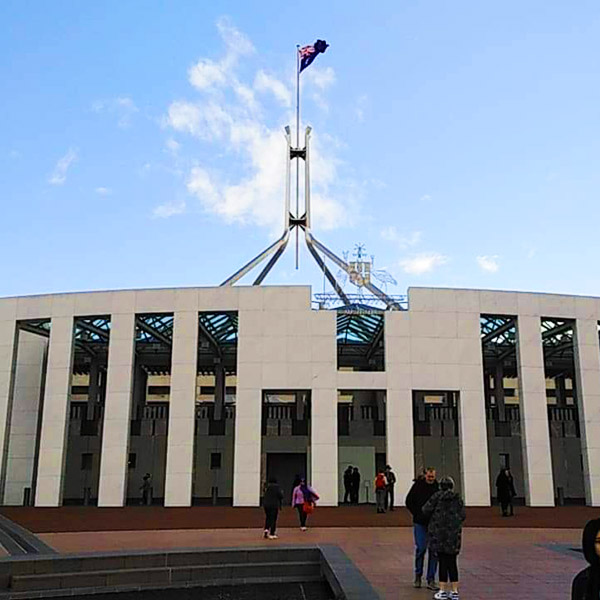 At the close of our guided day tour of Canberra, we drove past a number of key landmarks for photo opportunities, including diplomatic homes and embassies, the High Court of Australia and Canberra’s centrepiece, Lake Burley Griffin. It was the perfect way to end a busy day!

Having experienced Canberra with the convenience of a coach and the insight that comes with a guided day tour, I can safely say that it was a fun day out - and one that was well worth the trip.