DISCOVERING THE BEST WINE NZ HAS TO OFFER

IT seems Samuel Marsden knew what he was talking about when he predicted, way back in the early 1800s, that the Land of the Long White Cloud had all the agreeable attributes needed to make award-winning wine.

The Anglican missionary, who was officially credited with planting New Zealand’s first vines at the Bay of Islands 202 years ago, said the country promised "to be very favourable to the vine".

Migrants who arrived from around the world – from French priests to pastoralists and pioneers – laboured to continue the tradition and endured waves of phylloxera, plagues of powdery mildew, and harassment from prohibitionists to ensure the young colony kept the winemaking flame flickering.

It wasn't an easy road for Kiwi viticulturists and vigneron, and 30 years ago there were fewer than 100 wineries scattered around the North and South islands.

But that number has skyrocketed to the high side of 700, with New Zealand's wine exports jumping from $18 million in the 1990s to an impressive $2 billion at the start of this decade.

The old names are still there, but the Kiwi wine culture is being propelled by an injection of innovation prompted by the arrival of new faces.

And today Marlborough, Hawkes Bay and Central Otago are nurturing heritage and new-world varieties to take their place beside traditional giants like Bordeaux, Burgundy, Champagne, Chianti, Mendoza, Stellenbosch and the Willamette Valley.

The secret to this success is, according to New Zealand Wine, the temperate maritime climate mixed with the "unwavering passion" of the winemakers and the "highly distinctive nature" of the country's many wine styles.

"But New Zealand also excels in the production of an increasing range of popular styles and varieties with Riesling, Syrah, and Bordeaux blends leading the way, and everything from Albariño to Zinfandel also being explored across New Zealand's diverse wine regions.

“Sustainability is an integral part of the New Zealand wine industry. New Zealand’s winemakers and grape growers are committed to crafting exceptional wine while helping the natural environment, local businesses and communities to thrive.”

There are 13 distinctive wine regions across the land on the eastern side of the Tasman Sea – from Northland, at the top of the North Island, to Central Otago towards the base of the South Island – with distinctive microclimates and lofty geography providing favourable conditions in every nook and cranny between the coasts.

No vineyard sits more than 120km from the shoreline, guaranteeing the vines benefit from the regulating properties of the priceless maritime influences, with the grapes supported by long hours of sunshine and cool nights during the prime growing seasons.

The long string of magnificent mountains that form the spine of both islands cast rain shadows that reliably regulate precipitation, a low population and ample open space deliver fresh breezes that are free of pollution, and rich soils promise the drop from each district boasts a distinctive terroir.

As the old saying goes, terroir determines the character of a wine while man determines its quality, and in New Zealand the industry has hit the bullseye on both counts.

The peaceful plateau that covers the heart of the South Island's deep south – from just east of Queenstown all the way to the Pacific Ocean – has 1930ha under vine with Pinot Noir not only accounting for 1,555ha of that territory’s harvest but laying claim to the title of the region's flagship drop.

There are six sub-regions, each producing slight variations on the signature Pinot Noir style, with the weather that washes across New Zealand's most southern vineyards also nurturing "vivid white wines" including Chardonnay and Sauvignon Blanc as well as a "perfumed and pretty" Rosé that's finding the spotlight. 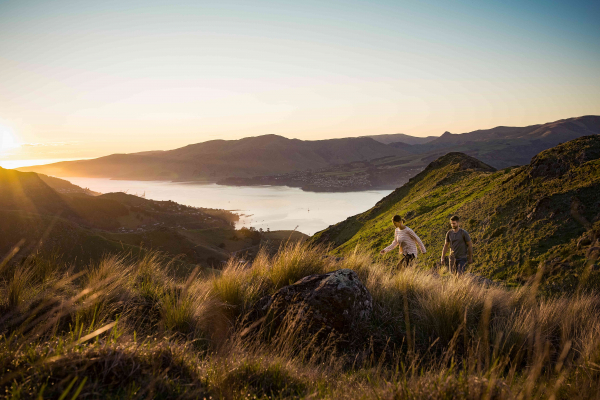 A cluster of three sub-regions make up the dynamic North Canterbury district – there's the Canterbury Plains, Waipara Valley and Banks Peninsula, all a stone's throw from cosmopolitan Christchurch – with a cohort of quiet achievers proficiently punching above their weight.

The region stretches along 200km of the South Island's east coast – positioned to savour a cool and dry climate with steady sunshine that fosters a long growing season – and 68 estates are crafting the Chardonnay, Pinot Gris, Pinot Noir, Riesling and Sauvignon Blanc that are defining the terroir of this land below the Southern Alps. 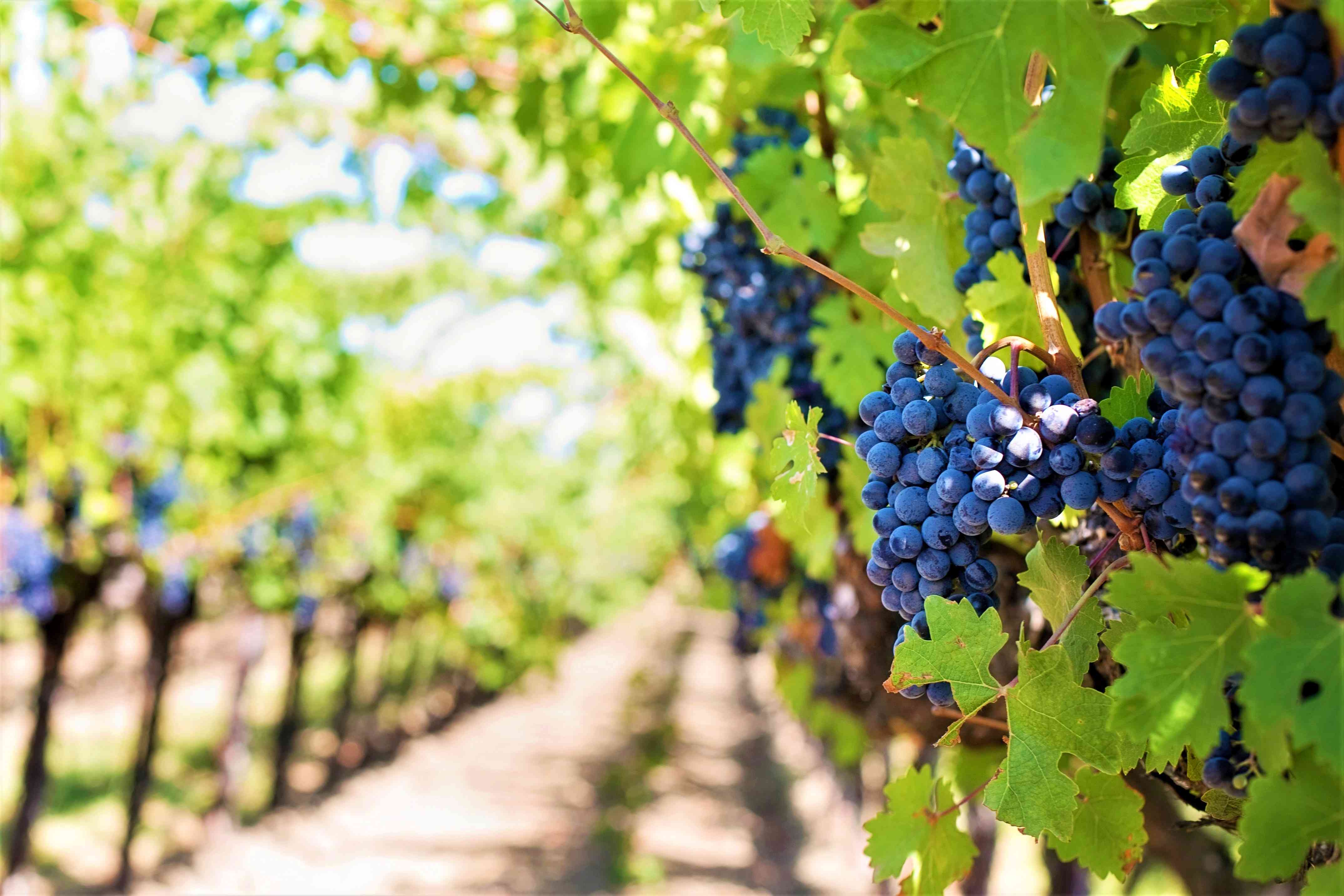 When it comes to big names and international fame, you can't go past Marlborough. The region crowning the South Island is responsible for producing almost 80 per cent of the land's inventory and is noted for a Sauvignon Blanc that has been stopping the show right around the world since its debut in the 1980s.

There are 159 wineries inside a parcel of property that now counts 20,000ha under vine and the area enjoys a congenial combination of low rainfall, cool but sunny summers and free-draining soil with Chardonnay, Pinot Noir and aromatics like Pinot Gris and Riesling emerging to now get some of the glory.

The soft sun that shines on New Zealand's second-largest wine region has been nurturing stately red and white drops since the 1850s when Marist missionaries planted the first vines in fields flanking the rolling Pacific Ocean breakers.

Today the area is home to 104 wineries – up from 84 a decade ago – surrounding dozens of cellar doors with the 4643ha under vine turning out grapes including the Chardonnay, Merlot, Pinot Gris, Pinot Noir, Sauvignon Blanc and Syrah that are the local heroes.

New Zealand Wine describes “Gissy” – as the locals know it – as a "beguiling wine region" with Chardonnay, Gewürztraminer, Merlot, Pinot Gris and Sauvignon Blanc the varieties that do best in terrain that enjoys a flattering mix of high sunshine and stabilising maritime factors.

This pocket is home to the country's most easterly vineyards, and there is now 1183ha under vine with some of the area’s newest arrivals initiating what is becoming known as a winemaking renaissance and encouraging new-world grapes to flourish on some of the steeper hillside blocks. 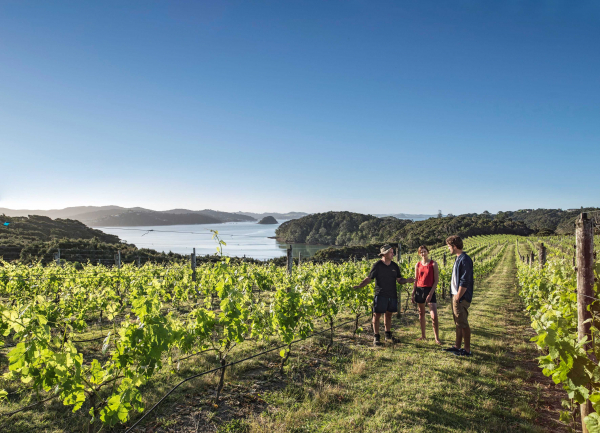 While big business has made its way into New Zealand, the industry is still driven by families. The vast majority of vineyards and wineries are operated by people that share a surname and it’s not uncommon for every aspect of the process to be done by several generations of the same clan which is another positive part of Kiwi wine culture.

Craggy Range is one such story, with the Peabody family establishing the Hawkes Bay address in 1993 as a passion project that could be handed down to future generations.

After searching France and the United States for a suitable site to start from scratch – rather than buying someone else's dream – patriarch Terry and his wife Mary settled on a plot at "the edge of the world" in the "land of mountains, fire and ice".

The Craggy Range drops are now drawn from blocks around the Hawkes Bay zone, as well as further afield in Martinborough and Marlborough, and cultivated at the original Gimblett Gravel Winery and satellite Giants Winery which sits in the shadows of the majestic Te Mata Peak.

Each operation features an assortment of individual cellars, “designed to the requirements of each wine style providing the best winemaking conditions for the unique parcels", with the results a range led by the Prestige Collection including the Syrah Le Sol and a Cabernet Sauvignon known as The Quarry.

Les Beaux Cailloux is a rare single-block Chardonnay, Aroha a Pinot Noir that hails from Martinborough on the south side of the Cook Strait, and the most famous of the five is Sophia which is a Bordeaux-style blend of Merlot and Cabernet grapes.

AAT Kings’ 21 Day Spirit of New Zealand Tour traverses Aotearoa from bottom to top, dropping in on some of the famed wine regions such as Central Otago and the boutique wineries of the Bay of Islands, including Marsden Estate, Cottle Hill and Fat Pig Vineyard, one of the older wineries in the Kerikeri region renowned for their small batch wines.

The 17-day New Zealand Uncovered escorted tour allows winelovers the chance to discover Auckland’s famed ‘island of wine’, Waiheke, a unique micro-climate and wine producing and culinary destination located only 18 kilometres from New Zealand’s most populated city. Guests can also choose to taste some of Central Otago’s award-winning tipples with a tour of four of the regions premium boutique vineyards, venturing through three contrasting wine sub-regions; Gibbston, Cromwell and the Bannockburn basin.

Inspiring Journeys offers two hosted holidays that roam through the heart of Hawkes Bay, where long lines of vines that change colours with the seasons stretch towards the peaks that provide a picture-perfect backdrop to this bucolic corner of the country.

The Long White Cloud is a 19-day expedition from Christchurch to Auckland and completes a lazy loop of the South Island to take in iconic locations like the Franz Josef Glacier and Milford Sound before crossing the Cook Strait to linger in Wellington and Rotorua.

The Endless Shore is a slightly shorter sojourn that dedicates eight days to touring the North Island from Wellington to Auckland with the fabulous Te Papa Museum of New Zealand, Napier, Lake Taupo, Rotorua, the Redwoods Treewalk and Caveworld Waitomo on the schedule.

Both outings call on the Peabody family, with a stop at the Kings Winery to sample the bottles in the Craggy Range inventory and graze through a perfectly-matched meal coming during the journey across New Zealand's magical North Island.

Drink The Best Wine In New Zealand
ADDED TO BROCHURE

Drink The Best Wine In New Zealand
ADDED TO BROCHURE