Ironically, the best view on earth is not on earth at all, it’s above us: that big ol’ galaxy, those spectacular stars.

Stargazing is a great pastime, you get to behold unique celestial features and crazy-beautiful constellations all while you’re lying down. You can do it with someone else or by yourself, and it’s completely free of charge.

It’s both relaxing and humbling; it can make you feel incredibly tiny, or like you’re part of something massive.

Unfortunately, today, most city skies are without starts. About 80 percent of North Americans live with so much light-pollution that their skies are not dark enough to see the Milky Way.

Thankfully, a star-studded haven for stargazer exists, New Zealand literally holds some of the best stargazing locations in the world.

With limited light pollution and incredibly clear night skies, stargazing in New Zealand is possible from pretty much anywhere but we’ve picked our Top 3 Stargazing New Zealand locations and tours below.

If you’re serious about stargazing Queenstown is the place for you: It’s sheltered by mountains and has clear, unpolluted skies perfect for stargazing.

We suggest taking a ride on the Skyline Gondola, the steepest cable car in the Southern Hemisphere, which delivers you to a specially-constructed area high above Queenstown. Here, surrounded by snow-capped mountains you can bask in an unbelievable view of the night sky.

Top-of-the-line telescopes are available for use and give stargazers a chance to see some seriously stunning sights, from the iconic Southern Cross to the magical Milky Way. 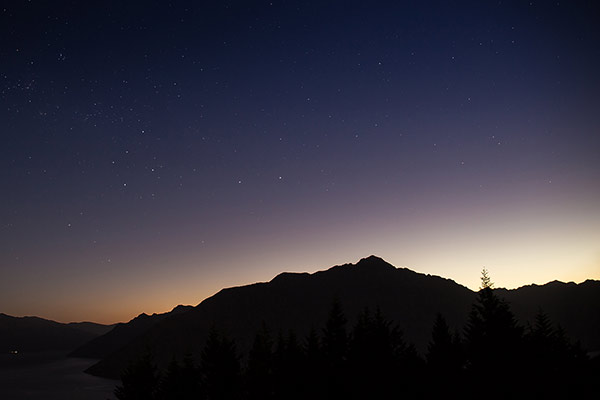 Soaking in warm waters while you soak in a view of the stars, doesn’t get much better than that. Head to Tekapo Springs, a short drive from the small town of Lake Tekapo, for this once-in-a-lifetime experience.

While you recline in your floating hammock in 38-degree warm waters, you’ll learn about the amazing astronomical wonders that reside in our surrounding skies.

It’s also worth visiting the Tekapo Observatory on Mt John. It’s in the heart of the Dark Sky Reserve – an area which restricts light pollution – and one of the top locations to see the Southern Lights.

Earth & Sky New Zealand run tours to the observatory which give you an opportunity to explore the cosmos with powerful telescopes and get a glimpse of life as an astronomer. 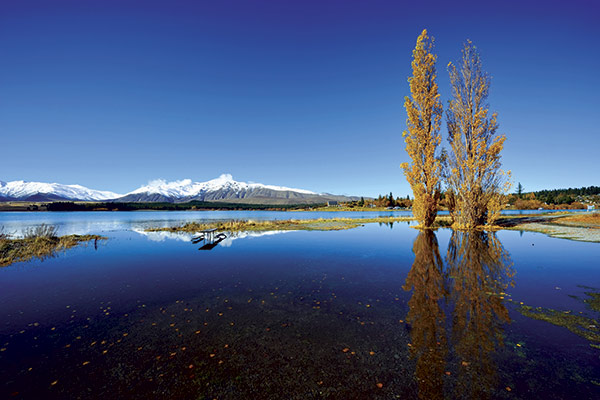 Mt Ngongotaha, Rotorua, is one of the top eight locations in New Zealand for stargazing and makes for a breathtaking experience.

Like Queenstown, we suggest travelling on the Skyline Gondola, the perfect vessel for spotting shooting stars and discovering distant planets.

There are an array of telescopes available to give you a closer look at those cosmic wonders. The most impressive telescope is called ‘The Don’, it weighs more than 100kg and performs 2,586 better than your eye – so you can see space like you’ve never seen it before.

Wherever you end up in the land of the Kiwis, you won’t be disappointed and if you would rather not organise a tour, the stars look just as nice from a blanket in the backyard.