When it comes to starry skies, New Zealand does it best. With limited light pollution and incredibly clear night skies, the astonishing celestial galaxies shine bright for all to see.

If you’re keen to cross this experience of your bucket list and see the mighty Aurora Australis New Zealand is the place for you. New Zealand is one of the closest countries to the South Pole where the Aurora originates and is arguably the best location to witness this captivating atmospheric lightshow.

The majority of southern lightshows occur during the Southern Hemisphere’s autumn and winter months, from March through to December.

There are a number of places in New Zealand that have proven to be hotspots for spotting the Southern Lights, but we’ve listed our Top 4 Locations below.

Located in the centre of the South Island, Lake Tekapo is home to the world’s largest dark-sky reserve, the Aoraki Mackenzie International Dark Sky Reserve. This area that has become the centre of astro-tourism, synonymous with stargazing, and it delivers amazing Aurora Australis displays. 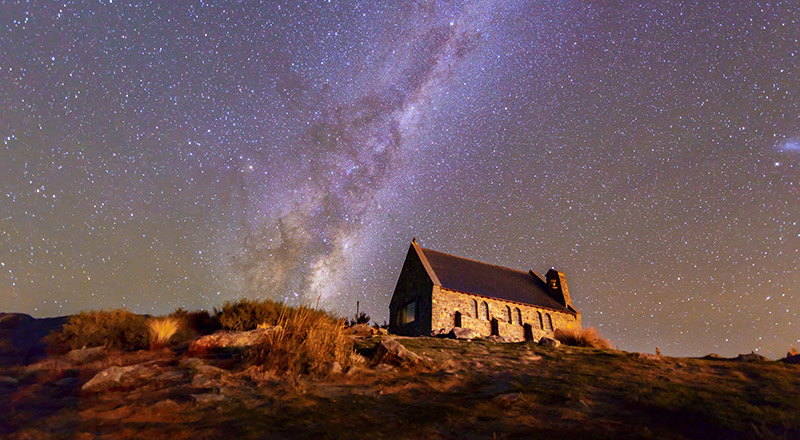 Queenstown has made headlines worldwide for the stunning array of lightshows which have occurred in the skies above it. Sitting on the shores of Lake Wakatipu, this quaint town is the perfect place to sit back, relax and watch the rainbow lights as they dance across the night sky. 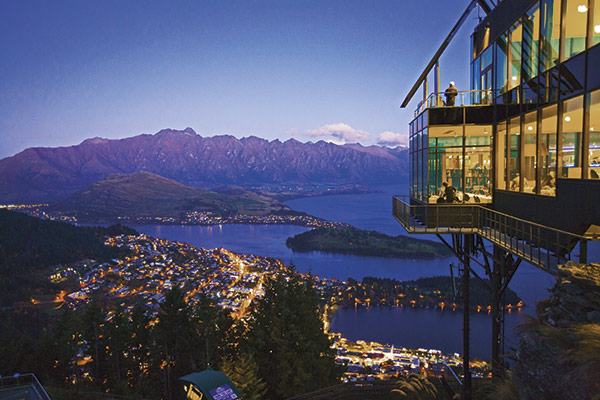 The southernmost of New Zealand’s islands, Stewart Island, can only be reached by ferry or plane but, trust us, it’s worth the effort. The Southern Lights are highly visible from this island. Moreover, roughly 85 percent of the island is covered by Rakiuara National Park, this means it’s possible to get a lovely view of the aurora over mountaintops or capture its reflection on the surrounding lakes and rivers.

The Catlins comprises an area in the south-eastern corner of the South Island, basically it’s as far south as you can get. This means it’s far away from any polluting lights and affords a spectacular view of the Southern Lights. There are some great camping spots in the Catlins which means you can stargaze away while you stay nice and snug in your sleeping bag.