I was recently very lucky to be apart of a photo competition run by AAT Kings which offered the entrants of the top 2 most unique and creative photos a spot on the ultimate behind the scenes Wildlife Warrior Getaway at Australia Zoo.

The day started off early as we all filled up on breakfast before our drive from Caloundra to Australia Zoo. The anticipation of our exclusive and behind the scenes experience was building as we arrived promptly at 9am at the Zoo. First up was our morning tea and presentation from koala expert Rosie who shared with us the history and important work of the Wildlife Hospital. The hospital has treated over 8000 koalas and on average treats between 600-800 koalas every year. 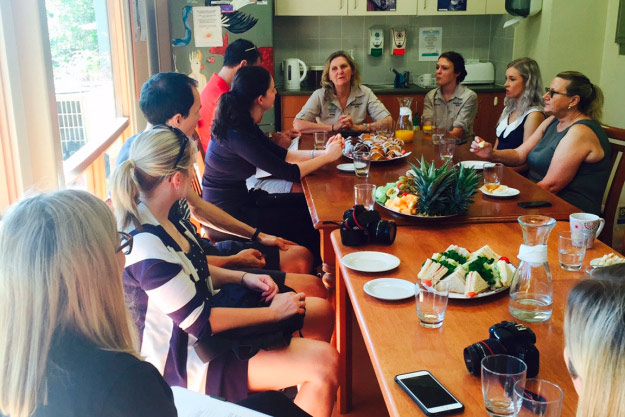 It was now time to head outside for a guided tour of the hospital’s surrounds. We walked around the different koala enclosures and met a number of the patients that were recovering from a variety of injuries and diseases. We learnt about the process of collecting different eucalyptus branches and leaves for each koala to eat…fussy bunch they are! Every day a shed is filled to the brim with an array of eucalyptus branches; you wouldn’t believe that all these branches would last just a day, with the process to be repeated each and every morning. We then split into two groups with one heading off to refill the food stock in the plantation area, where recovered koalas spend 1 month before being released back into the wild and the other group was to help tidy and clean the enclosures. 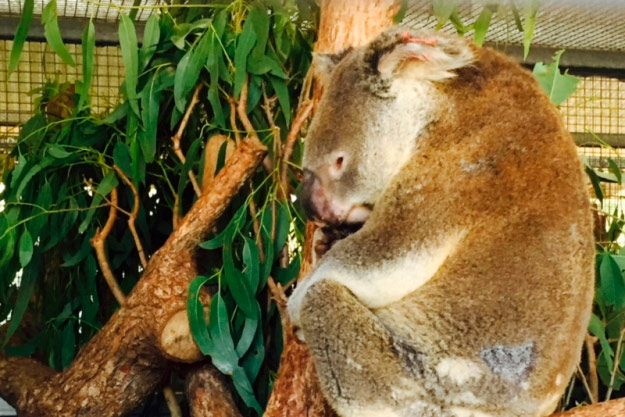 Next on the itinerary was to head over to the zoo to have our photos taken with a resident koala. Diesel was a cuddly little koala, however deceivingly heavier than you would expect. Nonetheless he put on his best poses for the group! After this we were in for a slightly different experience as we took our VIP seats for the live Croc Show at the Crocoseum! We witnessed an amazing bird show and a few lucky attendees in the group had a rather close encounter with an eagle! The excitement started to build in the arena as an enormous crocodile made its way through the water. It was such an exciting experience to watch the keepers feed the enormous croc as your heart raced! After all that excitement it was time for a well-deserved lunch at the Feeding Frenzy Food Court. 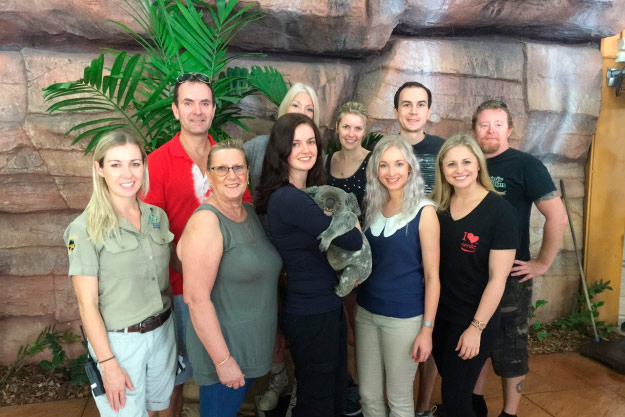 After lunch we made our way back to the Wildlife Hospital for our VIP and behind the scenes tour. It was a truly amazing experience to witness the vets providing world class care to a range of different animals and to see what’s possible through the Australia Zoo and AAT Kings partnership. We were lucky enough to witness koala Brash receiving his pre-release check up after recovering from being hit by a car; miraculously he had no broken bones! We saw a bird having its bandage removed after a leg injury and a carpet python by the name of Snape who had been hospitalized with deep lacerations as a result of being attacked by a duck. 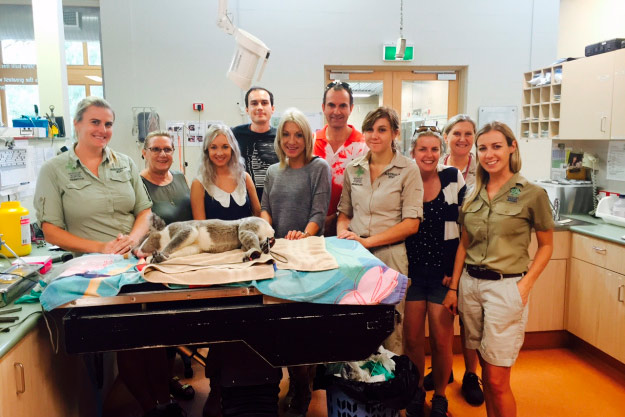 We finished off rest of the day at the zoo at our leisure. It was a fantastic experience and one I will not forget; I hope our winners enjoyed their experience just the same.