Top 10 Things to do in Tasmania

She was a little on the short side – barely scraping five foot on the old scale – but she wasn’t wrong about the small-packages thing, and if proof was ever need then take a look at Tasmania.

Australia’s island state, sitting 300km from the mainland on the southern side of Bass Strait, is roughly the same size as Ireland or Switzerland but boasts more legendary locations and hidden gems than you could fit into an average holiday.

From tranquil parcels of pristine wilderness and weather-battered corners of coastline, to quaint villages and cosmopolitan cities, there’s something for everyone from art aficionados and the fussiest foodies to outdoor adventurers and lovers of luxury.

But, before you make a dash across the deep blue, check out AAT King’s list of the top 10 things to do in Tasmania.

This picture-perfect patch in the state’s north-west corner sits in the heart of the Tasmanian Wilderness World Heritage Area and boasts a remarkable natural beauty that reaches from the shaded stretches of wild alpine pastures to the serrated summits of the sharp skeletal mountains.

Cradle Mountain is one of the Apple Isle’s most popular places that, thanks to strict sustainable tourism practices, is still perfect. It promises icy lakes carved by pre-historic glaciers, ancient rainforests hidden beneath centuries of moss, and rushing rivers that wind through deep valleys.

It’s a place to be savoured across the seasons – snowy white during winter, covered in a carpet of colourful wildflowers during spring, scorched brown by the fierce southern sun during summer – and home to a well-maintained network of walking tracks with world-class hikes taking from a few hours to a few days.

Wildlife is abundant here with visitors likely to encounter quolls, platypus, echidna, wombats, black currawong, a mother wallaby carrying a curious joey, and even the elusive Tasmanian devil should the time be right.

And, as the Tasmanian Parks & Wildlife Service website says, the “magic of Cradle Mountain is bound to captivate”. 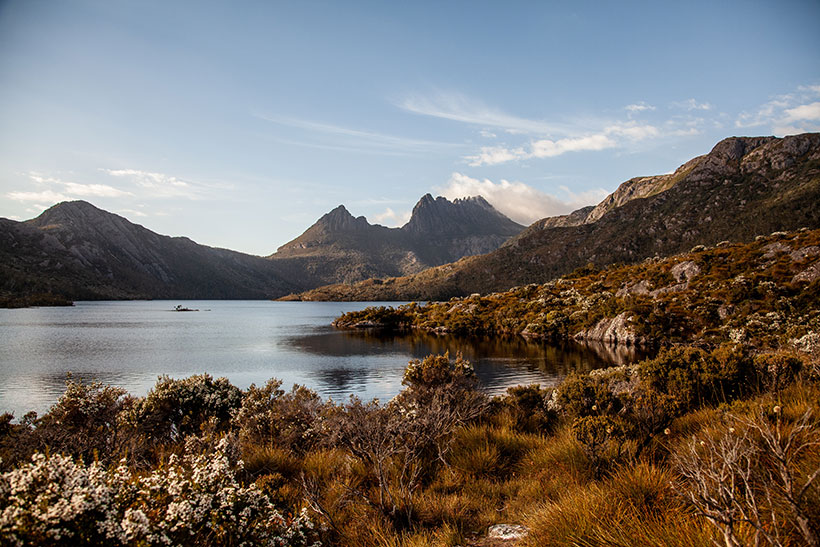 Hobart’s most famous address for art made headlines around the world when it first opened in January 2011 with annual events like Dark MOFO, a diary of concerts, and a schedule of extravagant avant-garde exhibitions only legitimising the legend.

The building, which sits on the banks of the Derwent River, is a modern architectural treasure that deserves to be seen from land and water while the works on display across the three levels of underground galleries that make up Australia’s largest private museum will captivate, confront, charm and challenge.

David Walsh created MONA to hold his private collection – it’s been described as his “playground to experiment” – and is home to two wineries and a brewery, an array of spots to eat and drink including The Source Restaurant celebrated as “a temple to seasonal Tasmanian dining”, luxury accommodation, and a library.

Australia is home to an abundance of wonderful wine regions with the Tamar Valley – close to Tasmania’s north coast, a stone’s throw from likeable Launceston – a bona fide hidden gem that quarters more than 30 vineyards producing premium cool-climate varieties.

While Josef Chromy Wines is probably the most famous, it is just one address in the valley that snakes 60km to the Bass Strait beaches with wineries that offer everything from state-of-the-art sophisticated to rustically rural creating aromatic whites including signature chardonnays and pinot noirs.

The drive to the Tamar Valley is also a delight with visitors encouraged to stop at the many lookouts along the way, detour down side roads to take in the bucolic beauty of the region, and pause at any of the handsome hamlets where locals greet guests with heartfelt hospitality. 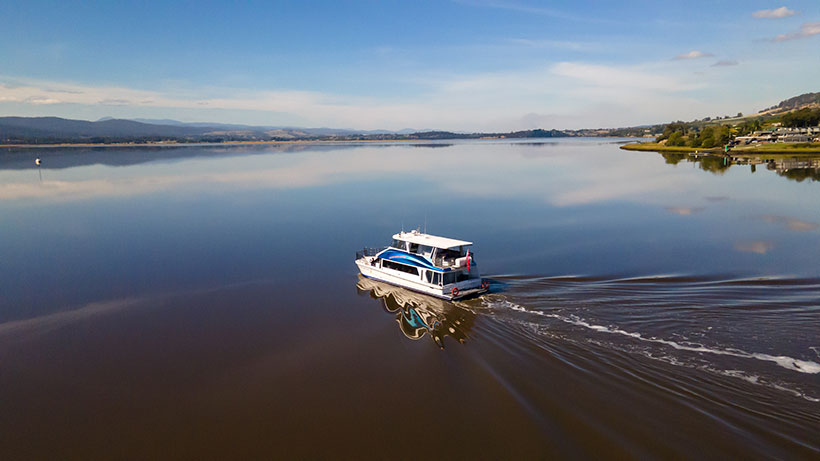 There is more to the Tasman Peninsula than the Port Arthur Historic Site with the land on the southern side of Eaglehawk Neck home to spectacular stretches of storm-battered coastline, a fascinating foodie scene, and innovative agriculture industry.

There’s no doubt the former penal settlement should be on every itinerary with a self-guided stroll or hosted tour around this now peaceful precinct – including across the waves to the Isle of The Dead, which was the colony’s cemetery island – providing a powerful picture of the earliest days of European discovery.

But travellers shouldn’t stop there and venture into the Tasman National Park to the location where fierce Southern Ocean breakers crash into Australia’s highest sea cliffs and the hardy coastal heath reaches right to the edge of the roaring waves.

The sanctuary is home to tracks that take walkers to the dolerite spires climbing up to 300m from the Tasman Sea, with the paths to Cape Hauy and Cape Raoul perfect for shorter hikes and the Three Capes Track a multi-day tramp unveiled in 2015 that’s already earning international acclaim.

Walk the natural Tessellated Pavement at Eaglehawk Neck, visit Port Arthur Lavender Farm to discover how a local family transformed its land when another devastating drought hit, and pause at Bangor Vineyard Shed to sample some of the finest local flavours.

Those consuming current affairs during the late 1970s will remember the fight to prevent the building of the Franklin Dam – it goes down in history as one of Australia’s most significant environmental campaigns – with the plan eventually scrapped to leave this flawless destination untouched and unspoiled.

Today the Gordon River is the jewel of the state’s west with the dark tannin-stained water, which creeps silently through the Tasmanian Wilderness World Heritage Area, sitting so still it becomes a perfect mirror reflecting towering trees that stand like sentries on the banks.

The Franklin-Gordon Rivers National Park is home to Tasmania’s famous Huon pines, the fragrant soft-wood trees once used for furniture making and boat building, with Gordon River cruises resting so travellers can walk in the shadows of giants that only grow in this part of the world.

It’s Mother Nature’s colour palette that made the Bay of Fires world famous with the vivid white sand, water that takes on the colour of precious blue and green jewels, and orange lichen-coated boulders turning every location into a picture-perfect place.

Rise before dawn to appreciate the serene beauty of a Bay of Fires sunrise, embark on a sightseeing cruise to meet the local dolphins and seals, wander from Policeman’s Point to The Gardens crossing the rocky coastal outcrops, and pack a picnic to enjoy at the Binalong Bay viewing platform. 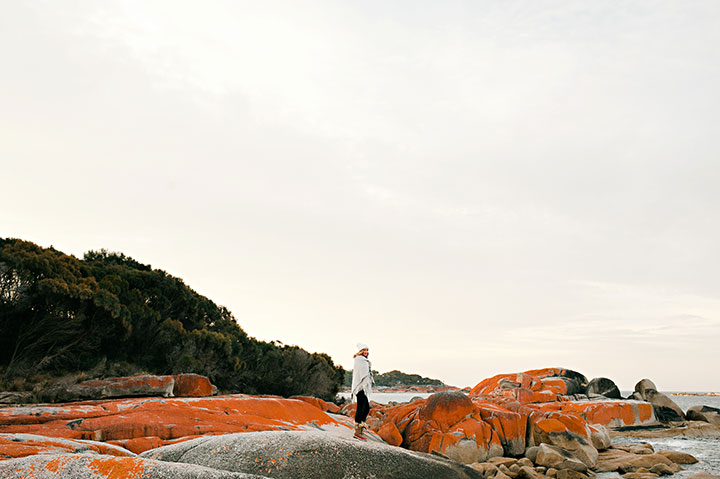 While The Gorge – as locals know it – is far from a hidden gem, it can still be considered a city-centre secret with locals and visitors alike following footpaths first built in the 1890s into a valley carved by the South Esk River as it races towards the Tamar Valley.

The northern side of the basin is home to the Cliff Grounds, where peacocks roam landscaped Victoria-era gardens, while the southern reaches are wild with native bush surrounding the pool perfect for swimming between November and March.

Ride the world’s longest single-span chairlift across the natural chasm, follow the steep Zig Zag Track to one of the lofty lookouts, or follow the route to Duck Reach where Australia’s first municipal hydroelectric power station still stands.

Richmond, the historic hamlet 25km from Hobart established not long after the first European settlers stepped ashore at Risdon Cove in 1803, is a living open-air museum documenting the early days when the address accommodated a military outpost and was the commercial centre of a fertile agricultural area.

Convicts assigned to the local penal colony constructed many of the village’s buildings including the Richmond Bridge, which dates back to 1825 making it Australia’s oldest span, and nearby St Luke’s which features beautiful stained-glass windows and was such a success the prisoner responsible for its construction was pardoned.

Other historical highlights include Richmond Goal, the perfectly-preserved properties on Bridge Street, and St John’s which was built between 1837 and 1859 to make it Australia’s oldest Roman Catholic church.

A visit to the Apple Isle isn’t complete without venturing inside Freycinet National Park.

This east-coast destination is home to the curved white beach and transparent turquoise water of Wineglass Bay, the pink granite peaks of the Hazards, and the bleached boulders that support the plump coastal peaks.

The short trek to the Wineglass Bay lookout is a bit of a clamber, but well worth the effort to take in one of Tasmania’s most instagrammed views, while those looking to stroll that famous stretch of sand can amble across the Hazards or join a cruise from Oyster Bay that passes empty bays before stopping at the sugar-white beach.

Those looking to linger a little longer are spoiled for choice with agreeable accommodation options – from quiet camping areas to cosy eco-friendly cabins and luxury lodges – dotted around Oyster Bay.

Try snorkelling or diving to see the wildlife living below the sparkling surface, fix a picnic and kayak to a deserted beach, visit Moulting Lagoon to see the black swans, or find a place to sit in the shadows of the Hazards Range at sunrise or sunset when the pink granite almost glows in the golden light. 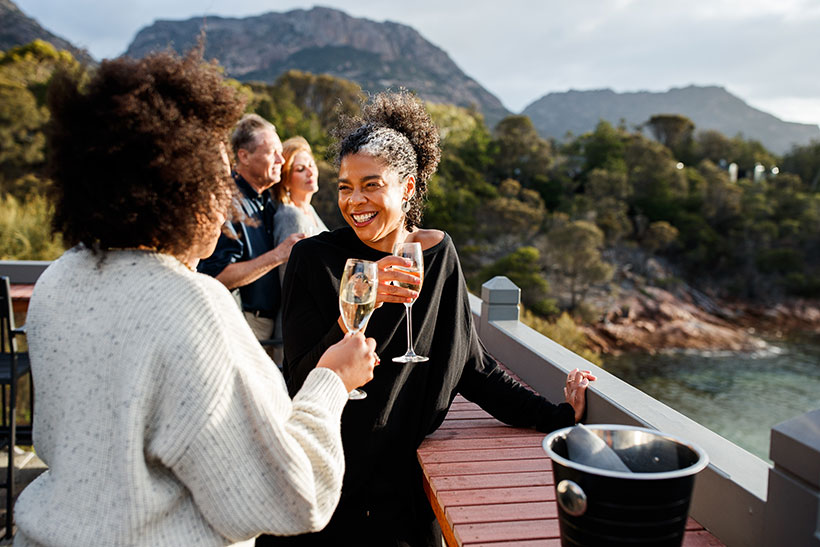 The community that dwells close to the west coast, now serving as a gateway to the Tasmanian Wilderness World Heritage Area, was once a thriving copper mining town with the wholesale logging that occurred at the start of last century stripping the hills and creating a mysterious rocky moonscape of raw and surreal earthy tones.

Mother Nature is making a recovery, but the undulating landscape is far from restored, with the scenic drive into Queenstown navigating a spiralling road featuring more than 90 bends that continues to tell a tale of a bygone era when the money behind mining carved a nasty scar into the countryside.

Today the town is home to the historic West Coast Wilderness Railway, with scheduled full and half-day tours that traverse the 35km of track between Queenstown and Strahan, while underground mine tours and the town’s museum tell more yarns from the past.

BEST OF TASMANIA WITH AAT KINGS

AAT KINGS – the company that’s been helping travellers tackle their travel to-do list for more than a century – is an Apple Isle expert with the current inventory featuring outings that last from five days to two weeks.

The hosted Tasmanian holidays are carefully curated to blend the best the state on the southern side of Bass Strait has to offer, roaming from regions of rare natural beauty to settlements that pack a punch when it comes to charm.

For travellers set on seeing the tranquil east coast, from Launceston to Hobart via Freycinet National Park and the Port Arthur Historic Site, two itineraries are tops with Tassie Getaway and Tassie East Coast Highlights dawdling down to the capital.

Tassie Getaway is a seven-day amble that departs Launceston for Freycinet, visiting a north-coast lavender farm on the way, before dedicating a day to discovering the delights of the landscape in the shadows of the Hazards.

Then it’s on for a three-night stop in Hobart – pausing during the journey to help volunteers pot native plants at a not-for-profit nursery – with a day trip to the Tasman Peninsula before a day of leisure in the capital.

But, regardless of the itinerary, Tasmania is a rare treasure with travellers unlikely to exhaust the sightseeing options in a place that surprises and delights time and time again.

Top 10 Things to do in Tasmania
ADDED TO BROCHURE

Top 10 Things to do in Tasmania
ADDED TO BROCHURE