THE BEST TIME TO VISIT BROOME IS ALWAYS RIGHT NOW

MOTHER Nature was at the top of her game when she turned her attention to the perfect patch of the planet where the 17th line of latitude crosses the West Australian coastline.

The show starts for those flying into the outback settlement when the sky, sea and finally land fill the plane's windows as the pilot descends gently towards the peninsula that houses the town.

The lapis blue of the cloudless sky crowns the myriad shades of the Indian Ocean as it comes closer to the coast, creeping from turquoise to teal and sapphire to cerulean as the bottom rises to bring the perfect white sand closer to the surface.

Then, as the plane sinks to less than 100m above the ground, the flawless 22km-long stretch of Cable Beach sand flashes beneath the wing and blue hues are replaced by fierce ochre dirt that takes on orange, pink and even purple tones under the bright West Australian sun.

Wheels touch down, a short taxi to the plane's parking place, and the doors open for passengers to trundle across tarmac to terminal.

It's during this short stroll that an intoxicating breeze – part Indian Ocean salt, part frangipani sweet and part desert dry – drifts across the new arrivals to reinforce that they have touched down in an extraordinary place with many adventures to come.

Visit? Yes. That's not up for debate. But when? When is the best time to visit the multicultural melting pot that tells a story longer than time and serves as the southern gateway to the magnificent Kimberley covering the Australia’s wild north-west corner? 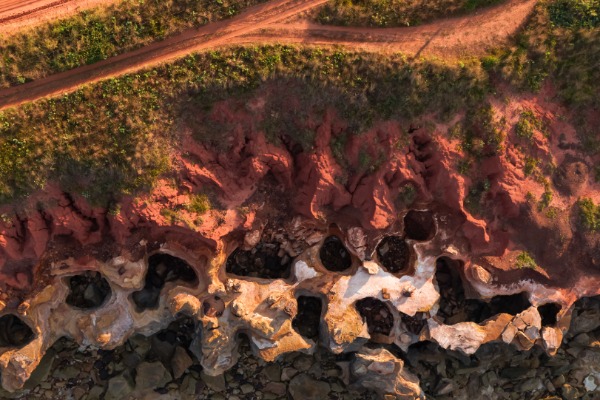 WHEN TO VISIT BROOME DEPENDS ON THE SEASONS

There are only two seasons in this corner of the country, unlike in Australia’s southern states which roll through the four traditional seasons of Summer, Autumn, Winter and Spring.

On the Kimberley coast there’s the wet season, which falls between November and March to bring humidity and heavy rains, and dry season which boasts dry sunshine between April and October.

If you google the best time to visit Broome the answer is generally, and rather rudimentarily, during the days when the weather is set to reliably warm and the sky defaults to clear.

“Winter is the most popular time to visit the Kimberley,” the region’s official tourism website explains.

“Daytime temperatures range from 20C to 30C, perfect for enjoying all outdoor activities. On the coast, nights are cool with fresh breezes, while inland the wind off the desert can see temperatures plummet to near freezing.

“In summer there are fewer crowds, the days can be hot and the nights balmy. While it is known as the wet season in the Kimberley, the rain usually falls in heavy, short downpours in the late afternoon and evenings. Expect great lightning shows, dramatic sunsets, thundering waterfalls and plenty of wildlife.”

But there’s a better answer to that question of when to visit Broome. And at AAT Kings we think there’s something happening right across the calendar to justify plotting a visit to a mystical landscape that’s been home to the Aboriginal people for more than 50,000 years and welcomed pearling pioneers from across Asia and Europe in the 1880s.

So, forget that standard seasonal answer, and read on to find six of our favourite times to visit Broome.

Australia's western state is famous for wildflowers, with 12,000 species blooming yearly in the bush between Torndirrup National Park in the deep south and Purnululu National Park in the far north. And what makes this show even more significant is the fact around 60 per cent of plants are unique to Australia's biggest state and can't be seen anywhere else in the world. 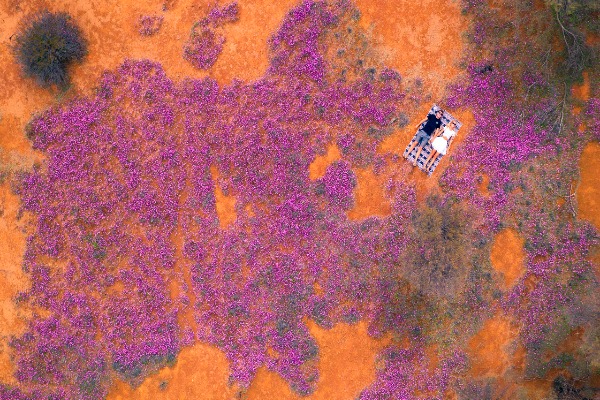 The state's six-month show kicks off around June in the Kimberley when the rocky landscape disappears beneath a carpet of subtle pinks, purples, oranges, golds and whites as bushes growing close to the ground erupt with dainty but robust blooms.

The local Yawuru people know the weeks that stretch roughly across September and October as wirlburu – or the warming-up season – when the weather peaks in perfection right before the steamy build-up begins to forecast the imminent arrival of the wet.

Mornings are magnificent for sunrise strolling along Cable Beach, days ideal for outdoor exploring on foot, afternoons made for long and lazy alfresco lunches, and nights best for sinking into a deckchair to watch a movie under the stars at Sun Pictures.

And the warming-up season is famous for fiery evening skies that roll through the burnt shades of yellow, orange and red before turning into pastels that beckon the dramatic navy blue of night. Those in the know explain its the voluminous cumulonimbus clouds, returning in advance of the west season, that clutter the sky with billowing clusters that reflect the golden shades produced by the sinking sun. 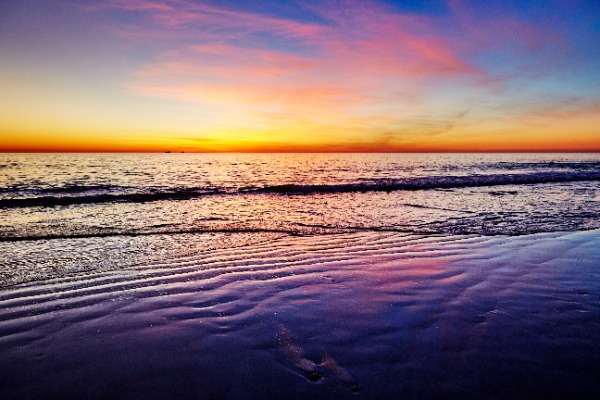 Broome's pearling industry – built by the Indonesian, Malaysian, Chinese and Japanese divers that arrived in the 19th century to retrieve the valuable objects from Roebuck Bay – put this settlement on the map, with that history celebrated for two weeks every year during the annual Shinju Matsuri Festival of the Pearl.

In 2022 the event is in the diary from August 20 to September 4 with all sorts of activities – from the opening ceremony and float parade to Chinatown feast and sunset long-table dinner – coming together to create a program that tempts the senses during a "whirlwind of colour, sound, taste and smell".

Broome is on the whale highway – a route thousands of kilometres long that's navigated annually by the majestic marine giants moving between summer playgrounds in the Antarctic and the warm winter Indian Ocean water – with the Kimberley coast one place to see humpbacks floating and frolicking.

The animals start arriving towards the end of June, and have departed by early September, with a scheduled whale-watching cruise hosted by a local company the most responsible and reliable way to arrange a sustainable encounter with these majestic mammals.

5. BEST FOR SPYING ON STORMY SHOWS

Australia's higher latitudes are celebrated as some of the prime places on the planet to appreciate awesome thunderstorms, with wet season generating wild weather above Broome most twilights between November and March.

Find an empty spot on Cable Beach before sunset to watch the towering thunderheads brewing, then retreat to a restaurant to appreciate the lightning painting the sky in electric bolts of neon colour and listen to the cacophony of thunderous rumbles when the storm hovers above the coast closer to town.

6. BEST FOR MARVELING AT MOON MAGIC

Staircase to the Moon is a natural phenomenon – and one unique to spot on the West Australian coast – that takes place when a full moon rises over Roebuck Bay's exposed tidal flats and deposits a carpet of sparkling gold that stretches to the horizon.

The occasion brings a sense of celebration to the settlement. There's live entertainment at The Mangrove Hotel Resort every Staircase night, while the iconic Staircase to the Moon markets move onto Town Beach between 4pm and 8pm on selected evenings. 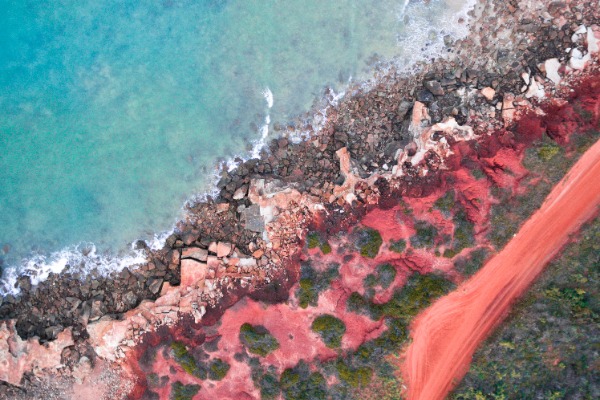 Broome is heavy on tourist attractions and, with a host of indoor encounters to enjoy when it's wet, this address is a firm all-seasons favourite.

Walk in the perfect fossilised footprints of a dinosaur that roamed 120 million years ago, join Yawuru man Bart Pigram on a mangroves tour to discover the traditions of the land's Aboriginal custodians, and explore Broome's pearling past during a self-guided stroll along the Jetty to Jetty Trail.

Visiting Gantheaume Point to stand where red rocks meet turquoise water, embarking on a morning cruise to spot the rare snubfin dolphins, and touring a working pearl farm like Willie Creek are all iconic Broome experiences to put on every sightseeing schedule.

Broome is not a place for rushing. It's a destination that's so relaxed it has its own pace. Broome Time. And visitors are expected to respect the Broome Time schedule when they set foot in this peaceful settlement sitting on Yawuru land.

AAT Kings offers a healthy helping of hosted holidays that visit Broome and beyond, and include itineraries that respect the concept of Broome time.

Untamed Kimberley & West Coast and Wonders of West Coast & Kimberley are both 21-day trips that pause in this place while exploring between Darwin and Perth.

Both itineraries stop for a two-night stay, with a full day allocated to free time for exploring so guests can see the sights that top their individual Broome bucket list.

Those set on seeing more should sign up for Wonders of the Pilbara & West Coast. This 12-night expedition from the West Australian capital follows the state's coastline, taking in famous places like Monkey Mia and Ningaloo Reef, before finishing in Broome.

This option gives travellers the freedom to schedule a post-trip stay that allows uninterrupted hours to explore the region's delights, which could be embarking on a day trip to Horizontal Falls or simply sitting in a micro-brewery waiting for the short midday shadows to stretch towards sunset. 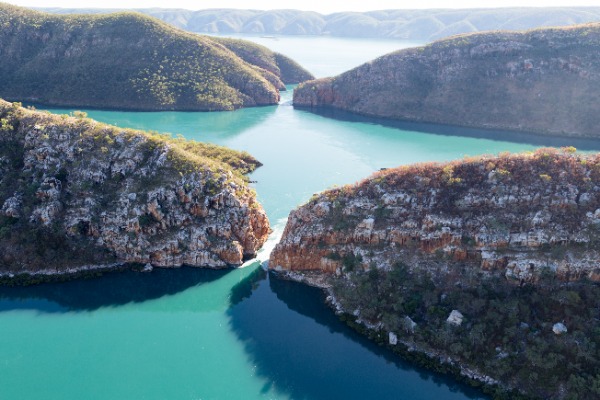 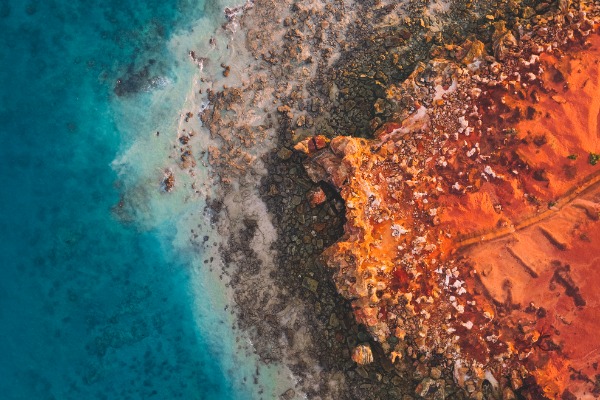