When it comes to spectacular rock formations, Australia rocks. Our unique outback is home to some truly breathtaking natural wonders that have been shaped and sculpted over millions of years – a solid reminder of the earth’s great history.

From the sand-plenty plains of the Northern Territory to the jagged peaks of the Blue Mountains, there are plenty of great rock collections ripe for exploration.

If you’re keen to check out some majestic rock masterpieces, check out our Australian rock formations list below and get ready for an awe-inspiring experience and plenty of incredible Instagram photos.

Uluru, Northern Territory: That’s not a rock, this is a rock. Say hello to the massive sandstone monolith that is Uluru. This enormous, fiery red, rock formation resides in the heart of the Northern Territory’s arid “Red Centre”. It’s sacred to Indigenous Australians and features heavily throughout the local Dreamtime stories.

Most people who come face to face with Uluru say it’s an emotional experience, its sheer scale, unparalleled beauty and deep history can be overwhelming.

If you’re afforded an opportunity to visit the mighty Uluru, make sure you seek out an Aboriginal guide who can explain the rock’s significant connection to Indigenous culture. 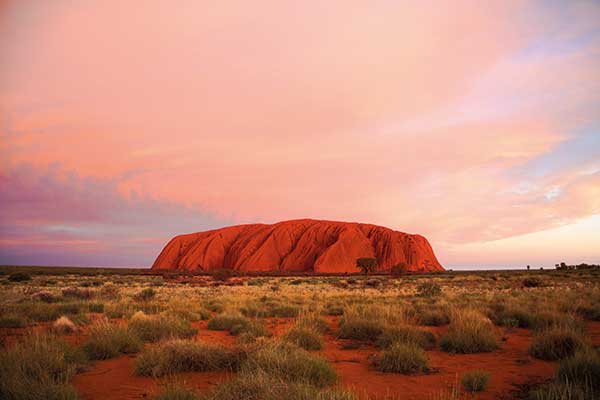 Kata Tjuta, Northern Territory: Uluru’s big sister Kata Tjuta, colloquially known as ‘The Olgas’, is an awesome collection of 36 red-rock domes which started forming around 500 million years ago. The formation is bigger, longer and wider then Uluru and set in a stunning desert landscape. 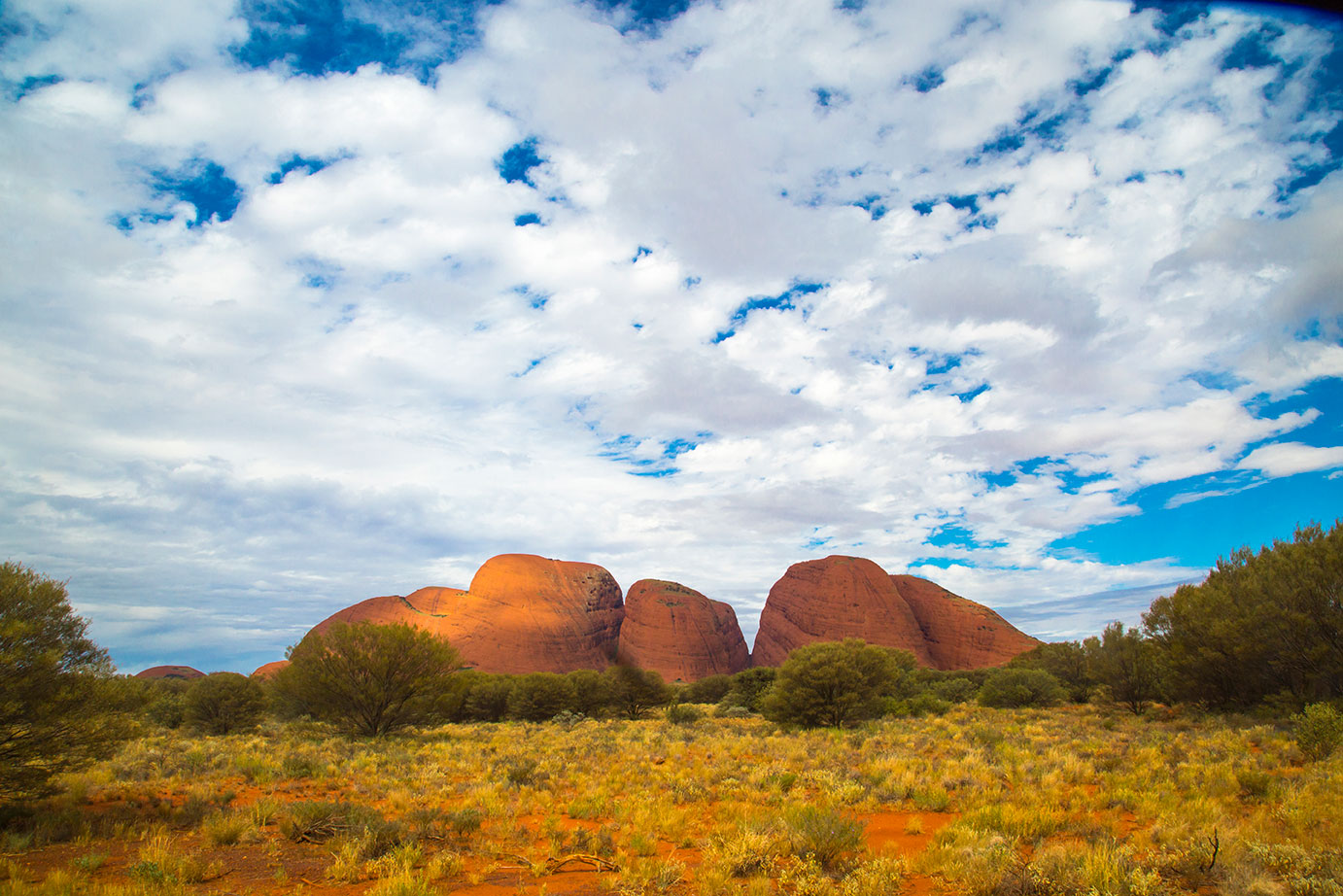 The Pinnacles, Western Australia: The Pinnacles are thousands of limestone formations that are scattered throughout the sweeping desert of Nambung National Park. These ancient desert sculptures rise out of yellow sand dunes along an idyllic stretch of blue coastline and create an unexpectedly surreal landscape. Eerie, unusual and utterly captivating, the Pinnacles really are the pinnacle of rock formations. 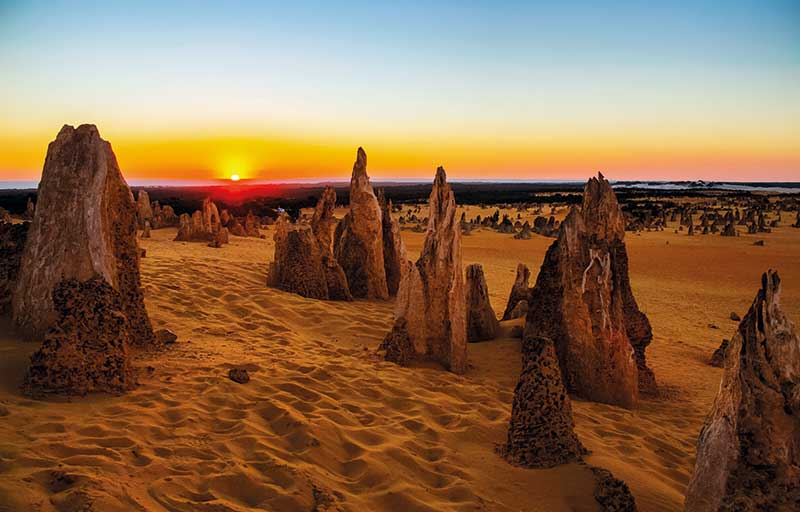 The Three Sisters, New South Wales: Three sisters, Meehni, Wimlah and Gunnedoo, sit at Echo Point in Katoomba, their spectacular beauty on display for all to behold.

According to Aboriginal Dreamtime, the sisters were turned into rock by a witchdoctor to protect them from some overenthusiastic fellas. Unfortunately, the witchdoctor perished before he could undo the spell, and thus the sisters have forever stayed as rock.

It’s lucky for us they did, because the Three Sisters is one of the most stunning rock formations in the world. Surrounded by a magnificent mountain backdrop, the Three Sisters has been delicately sculpted by the wind and rain to form what can only be described as a beautiful site that’s not to be missed. 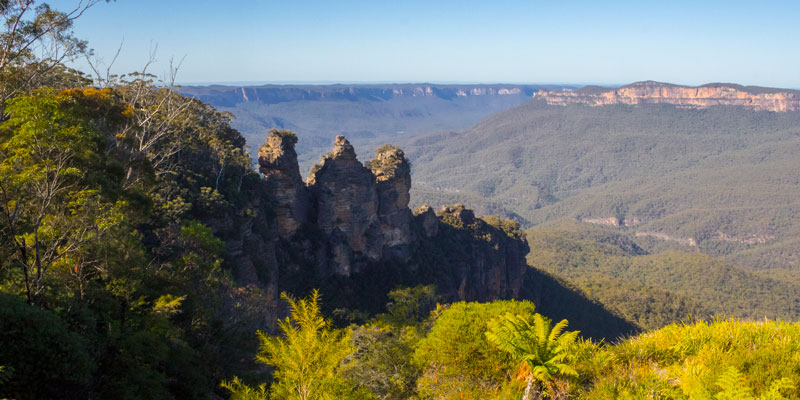 Wave Rock, Western Australia: Like a giant fossilised wave about to crash into the ocean, Wave Rock in Hyden Wildlife Park is a dramatic rock formation that’s worth hanging ten at.

This 15-metre-high granite rock face was shaped by concentrated water erosion below the Earth’s surface which explains the perplexing wave-like geomorphology.

For a truly memorable experience, visit this site in spring when the wave is surrounded by a sea of dazzling colour as the Western Australian wildflowers bloom in their billions. 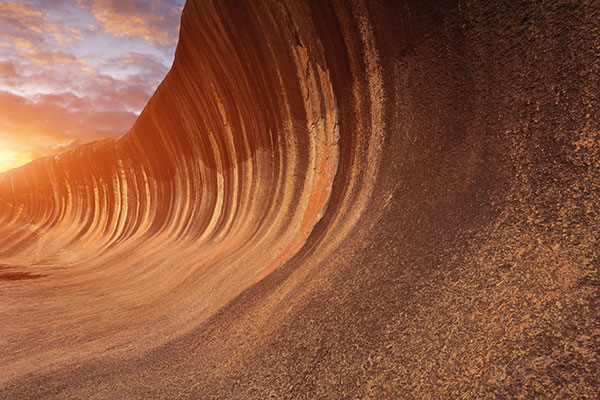 Of course, there are plenty more Aussie rock formations that will totally rock your socks off – so get out there and explore!